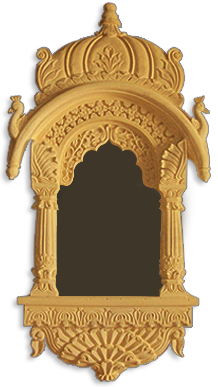 Rajasthan State Archives enjoys a special position amongst the various Archives of the country primarily on account of the indigenous character of its holdings. The present State Archive is a successive body of the various General Record Offices and similar record agencies of the former states of Rajasthan. The State Archives was set-up as early as 1955 having branch offices in all the former covenanting States of Rajasthan including the one in the former Chief Commissioner’s province of Ajmer-Merwara. In the following years as matter of administrative convenience, it was decided that the Archives Department should take care of only of pre 1900 A.D. records known as Deposited records; while the semi-current records should remain under the administrative control of the State Secretariat, but this department took the stand that it would amount to an un-natural bifurcation of the record series because a change of nomenclature, an increasing state activity or the creation of some new departments, or some having been amalgamated into other for administrative convenience, did not make out a case for this bifurcation of records.
Finally it was decided that most of the non current records were centralized at Bikaner Archives and it five repositories at Alwar Jaipur, Jodhpur, Kota and Udaipur.
The primary duties of the state Archives may be said to be two fold viz.
I. provide the records in its custody and to supply information from them to Govt. Department, Judiciary and the public whenever required.
II. To render them accessible to the scholars for the purpose of historical research.
Keeping in view the Multidimensional functions and activities, the department has been divided in many sections which are as follows.

10. Oral History The earliest records which have been preserved in the state archives, commence from 17th century. unfortunately the record of the formers Udaipur state are from 19th century on ward, inspite of the fact that Mewar was one of the oldest state of Rajasthan.

It appears that due to continuous war-fare and destruction, records of the earlier period could not survived. But whatever has survived provide useful information about the state. One can not say what happened to the earlier seconds ie pre 17th country. It could be safely attributed to the devastation caused by wars or to a state of neglect. But still the records available in archives has got a unique historical value for the study of the medieval and modern period of Indian History.
The language of earlier records was invariably Persian for correspondence with the central authority while various local dialects of Rajasthani and Urdu were used for internal administration. At last it could be safely concluded that the vast source material which is available in the valutes of Rajasthan state archives would go a long way in helping to know about some little known aspect of socio political and economic problem of modern india.
Records available in Ajmer archives office commence from 1860 tp 1967 AD. The language of records is mainly English, Urdu. Hindi also have been used. District Archives office Alwar has records from 1872 AD to 1965 AD. The records are written in English and Rajasthani while in Archives office Bharatpur records has written in Urdu as well as it Hindi. It in from 1870 to 1952 AD.
Records of District Archives office Jaipur covers the period from 1900 AD to 1948. Records are written in English, Hindu, Urdu and Rajasthani. Records of Jodhpur office covers the period for 1744 to 1969 AD. While kota records cover from 1675 to 1948 AD. Which are in Harauti, English and Urdu. Last but not least, survey of historical documents, Manuscripts, Rare books newspaper etc lying in the custody of individuals, institutions, religious, institution, business house, prominent persons of the society and freedom fighters has also been done by Rajasthan State Archives.
These records are either acquired by persuasion or by way of gift. if the party does not want to part with the records in such cases the documents are listed or microfilmed and forwarded to national Archives of India for the inclusion in the national Register of private records.